Work With an Experienced Legal Team
Reach Out Today For Help! 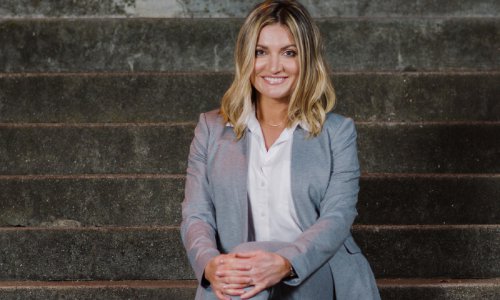 Leyla Pasic is a litigation attorney with over thirteen years of trial experience. She specializes in employment and real estate litigation. Two examples of Ms. Pasic's strong trial skills include her 2017 trial win in a case titled ENA North Beach v. 524 Union Street in San Francisco Superior Court. Ms. Pasic represented a real estate tenant, a restaurateur, who was tricked into signing an untenable ten-year commercial lease by a scrupulous  property owner. Ms. Pasic managed the case from pleadings and discovery through trial and appeal. She persuaded twelve jurors that her client was defrauded, warranting not only a judgment for damages but also attorney's fees and punitive damages. The California Court of Appeal affirmed the decision in a partially published opinion in December 2019.

More recently, Ms. Pasic represented an international business owner in a complicated embezzlement case titled Ampro Systems, Inc. and Consolitech Electronics, Inc. v. Charlene Qian, et al., recently tried in Santa Clara Superior Court. Ms. Pasic's clients alleged that two of their head employees conspired with others to embezzle over $3.5 million over a course of eight years by placing family members and associates on payroll and by paying fake vendors. Ms. Pasic managed the case from pleadings and discovery, which included contentious and aggressive depositions and motion practice, through jury selection and trial, ultimately securing a jury verdict of over $3.5 million in February 2020. Ms. Pasic's clients were also rewarded by post-trial tripling of damages under an applicable California Penal Code section, which also entitles her clients to a recovery of attorney's fees.

Ms. Pasic also specializes in defending employers against wage and hour claims, including claims of misclassification. She possesses a nuanced understanding of the California Labor Code, the IWC Wage Orders, and recent case law bearing upon the independent contractor classification. In addition to litigating class action and PAGA wage and hour claims, Ms. Pasic also regularly advises clients on how to stay compliant with applicable laws in order to minimize the risk of costly wage and hour litigation.

Ms. Pasic received her law degree from the University of California, Hastings College of the Law in 2006. While there, she worked for the United States District Court for the Northern District of California, in the Habeas Corpus division. After graduating from law school, she worked for the Special Department for War Crimes of the Prosecutor's Office in Sarajevo, Bosnia and Herzegovina. As part of the prosecution team, Ms. Pasic worked on a large war crimes case with significant impact on the international criminal law jurisprudence. She returned to the United States and joined a mid-sized litigation firm, where she defended manufacturers against class action unfair competition and false advertising claims. She joined Greg's firm in 2013. The two lead the WLAPC team with two objectives in mind: keeping clients happy and winning. Ms. Pasic enjoys the comradery at WLAPC, as well as the variety it offers. She represents her clients zealously and takes out her opposition scrupulously.

Fill out this form to tell us more about your situation.